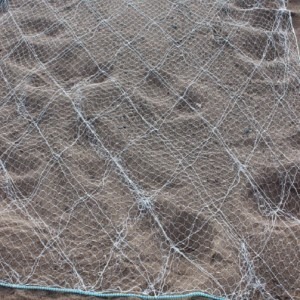 Trammel nets distinguish themselves from regular gill nets because instead of a single wall (or brail) of netting, they have multiple walls(or brails). The netting is oriented so the large outer mesh overlays the smaller inside mesh. Instead of gilling fish, trammel nets capture fish after they swim through the large mesh and then entangle themselves in the smaller mesh, thus reducing the mortality rate of captured fish compared to regular gill nets..

In addition, instead of targeting a single size fish, these capture and entangle fish of all sizes. Trammels are commonly used for capturing sturgeon and catfish but may be used in the same circumstances as gill nets.